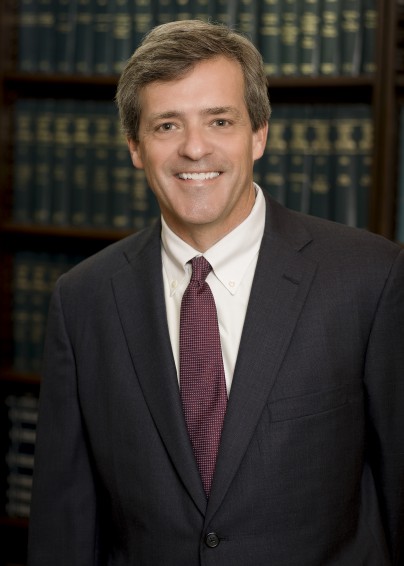 Mr. Smith has been practicing law in Alabama for over thirty years. He represents plaintiffs and defendants in a wide range of cases, including business, environmental, toxic tort, employment, non-competes, shareholder claims, partnership disputes, land use, and class actions, among others. He has represented financial institutions and employees in regulatory enforcement actions, and has been retained to conduct internal investigations on behalf of Board of Directors and management.

Mr. Smith has served the Alabama State Bar as President of the Environmental Law Section and the Young Lawyers’ Section. For more than 10 years, he was Chairman of the Character and Fitness Committee (Panel II) of the Alabama State Bar, which is responsible for reviewing candidates seeking admission to practice law in the state. He also served a three-year term, from 2007 to 2009, as a member of the State Judicial Commission, and is a Fellow of the Alabama Law Foundation. From 2012 to 2015, he was a member of the Alabama Law Institute’s task force charged with recommending revisions to the state’s non-compete statute. Those revisions have been enacted into law. In addition, Mr. Smith has been a member of the Executive Committee of the Birmingham Bar Association, and previously served as Chair of the CLE and Budget Committees.

From 2007 to 2010, while practicing law full time, Mr. Smith also served as Chair of the Personnel Board of Jefferson County, Alabama, a position to which he was appointed by United States District Court Judge Lynwood Smith. Under his leadership, the Board was able to meet the requirements of a federal consent decree, and was dismissed as a defendant from one of the longest-pending civil rights cases in the nation.

Mr. Smith is a Fellow of the American College of Environmental Lawyers. He has been recognized for many years by publications such as The Best Lawyers in America® and Super Lawyers®. Best Lawyers® named him “Birmingham Lawyer of the Year for Environmental Law” in 2013, while Alabama Super Lawyers® has included him among the state’s top 50 attorneys numerous times. He is rated AV Preeminent® by Martindale-Hubbell®.